Taiyuan University of Science and Technology

Title: The Simple Side of Programmed DNA Self-Assembly

Biography:
Chengde Mao received his Bachelor’s Degree from the Peking University and the doctor degree from the New York University. From 1999 to 2000 and 2001 to 2002, he was a Postdoctoral Fellow at the New York University and Harvard University. From 2002 to 2012, he was an Assistant Professor at the  Purdue University and currently is a Professor in the Department of Chemistry. His main research interests are programmed self-assembly of nucleic acids (DNA and RNA) and DNA nanotechnology. Current research topics in his group include DNA/RNA self-assembly, Structural determination of biomacromolecules, DNA-directed guest self-assembly, DNA-based molecular lithography, DNA nanomachines, DNA-based nanomedicines, and Interrogation of basic biological processes/interactions related to spatial-temporal controls. 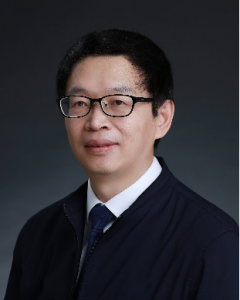 Biography: Ming-Yong worked with IBM and Indiana University followed by National University of Singapore as a faculty member before his current appointments with Tianjin University and Institute of Materials Research and Engineering. His research addresses problems at the interfaces of nanoscience, nanotechnology, biotechnology and energy/biomedical applications. He has published >220 papers and filed >100 patents including national entries with >24,000 citations and >300 research highlights. He is the Fellow of the Royal Society of Chemistry (FRSC) and the Web of Science Highly Cited researcher.

Biography: Ling Wang received the B.Sc. and Ph.D. degrees from Tsinghua University, Beijing, China, in 1995 and 1999, respectively, and now is a tenured Full Professor in Tsinghua Univ. His research interests mainly include intelligent optimization, scheduling and applications. He has authored 5 academic books and more than 230 SCI-indexed papers. His publications have attracted over 20K Google Scholar Citations. He is the Editor-in-Chief of International J of Automation and Control, Complex System Modeling and Simulation, the Associate Editor of IEEE Trans on Evolutionary Computation, Expert Systems with Applications, Swarm and Evolutionary Computation, Sensors, and the Editorial Board Member of Memetic Computing, Sensors, Control Theory & Applications, Control and Decision, Control Engineering, System Engineering and Electronics, etc.

Title：The Not So Short Introduction to Evolutionary Multi-objective 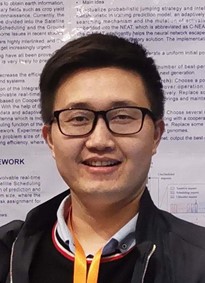 Biography: Rui Wang received his Bachelor’s degree from the National University of Defense Technology, P.R. China in 2008, and the Doctor degree from the University of Sheffield, U.K in 2013. Currently, he is with the College of Systems Engineering, National University of Defense Technology and is the vice director of the Hunan Key Laboratory of Multi-Energy System Intelligent Interconnection Technology. His current research interest includes evolutionary computation, multi-objective optimization and the development of algorithms applicable in practice. Dr. Wang received the Operational Research Society Ph.D. Prize at 2016, and the National Science Fund for Outstanding Young Scholars at 2021. He is also an Associate Editor (or Guest Editor) for the Swarm and Evolutionary Computation, Information Sciences, IEEE Trans on Emerging Topics in Computational Intelligence, the IJAAC, IJBIC, CSMS.